The main topic in this occasion was the comparison between the health system in Indonesia and in Germany, with a focus on health coverage system in both countries. There is two speakers in this symposium who are expert on the issue of health system, there are Alexander Widjaja and Prof. Stephan Immenschuh.

Our first speaker is Alexander Widjaja, a cardiologist from Indonesia. He presented his experience on examining his patients in Germany and made a comparison to those practice s in Indonesia. He chose one of the cases in Indonesia: installation of stent for people with cardiovascular disorder. A stent in Indonesia costs twice higher then it cost in Germany. This can be a case, because the hospital does not make or maybe can not reach the agreement with the distributors to reduce the cost of this stent. The failure of the agreement led to the burden to the patients. Therefore, the patients ought to pay higher payment.

Moreover, there is no establishment on the health coverage in Indonesia, which is distressing for the poor and marginalized people. That was an issue according to material cost. The next issue was the lack of physician in Indonesia. Surprisingly, there are only 167,687 physicians in Indonesia (26,896 Specialist including 5,612 specialist in Jakarta and 3,902 specialist in East Java) for 250 million resident (source: Indonesia Medical Council, 2015). This number is very irrational when we compare it to Germany. Germany has about 365,200 physicians for 81.2 million residents. In the discussion section, we discussed about the initiative of BUGI to established mobile clinic as a model to strengthen the distribution of health facility for those, who need it the most.

Our second speaker, Prof. Stephan Immenschuh (Internist and researcher in transfusion medicine at the Hannover Medical School), presented a high-end therapy and its challenges in Indonesia, such as cardiovascular problem. Cardiovascular disease can damage several organ functions. Nowadays, there is a choice to undergo organ transplantation. This is a model of therapy, which has a long list of preliminary condition. He presumes, this kind of therapy is a tough challenges or hardly to establish in Indonesia. Some ethic issues according to social-religion situation in Indonesia might be one of the greatest obstacles. Moreover, the technologies to support organ transplantation are not yet available in Indonesia. It might bring a new problem, instead of solving problem.

There are a lot of fundamental problems in Indonesia, which has to be solved first, when it comes to universal health coverage. Mobile clinic from BUGI is a good starting point to aim a good distribution of healthcare in Indonesia. (R.A.K.S) 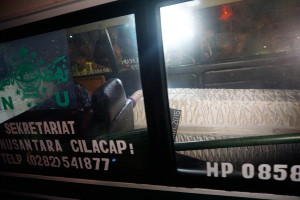 The recent execution of six convicts for drug-related crimes raises profound ethical questions about what constitutes a just and appropriate punishment in light of changing moral and penal norms worldwide.  END_OF_DOCUMENT_TOKEN_TO_BE_REPLACED